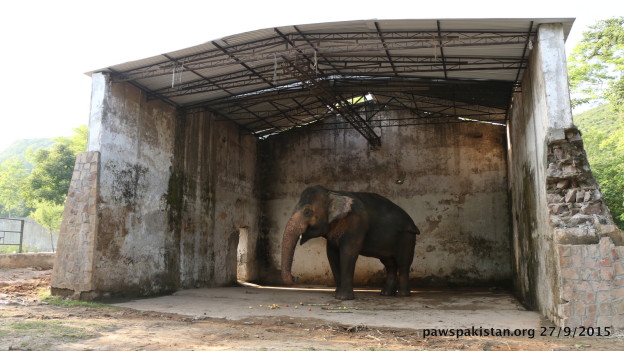 GOING by the reports of the past few years, it appears that exotic animals are brought to the Marghazar Zoo in Islamabad for no other reason than a quick death — and a painless one isn’t always guaranteed. At the end of last year and the beginning of the new year, six nilgais died over a period of 10 days, possibly from contracting a virus. According to a report published in this paper, there are no warm enclosures in the zoo to keep the animals during the night. In another report published on Jan 14, a white cockatoo died after injuring its beak. Last August, six deer were mauled by a wolf at an extension of the zoo. Over the past few years, Marghazar Zoo has been in the news for all the wrong reasons. Onlookers have pointed to the insufficient or bad quality of the food provided to the animals, the poor health of the latter, the small cages in which they are locked up — all in addition to the general apathy of the zoo staff.

The neglect of the zoo’s solitary elephant, 33-year-old Kaavan, has also drawn international attention, and there is a #SaveKaavan hashtag on social media. The sensitive and sociable creature’s partner, Saheli, died in 2012 from a leg infection at just 22 years of age. Since then, he is said to be distressed and showing signs of ‘mental illness’. Representatives of an international animal rights organisation advised the government to put Kaavan in the care of an animal sanctuary, released of the chains that bind him. As a result of the public outcry, the climate change minister informed a Senate committee that she had requested the government to hand over administration of the zoo to the Islamabad Wildlife Management Board. While there are many compelling arguments against zoos, in countries like ours, zoos are an educational experience for children and a relatively low-cost recreation activity for families. But are a few hours of fun for humans worth a lifetime of suffering for animals?

One thought on “Marghazar Zoo”